Copies are sale on Amazon (as are all issues); but also at Morven Park and Photoworks (2 Loudoun St SW Ste A, Leesburg, VA 20175) and at Journeymen Saddlers (2 W Federal St, Middleburg, VA 20117) . Copies are also available at the Prosperity Baptist Church (42962 Braddock Road Chantilly, Virginia 20152). Free copies will also be shared with all public High School libraries, some Middle School history clubs and all Senior Centers in Loudoun County. The Bulletin also receives support from private donors, and members of the Loudoun County Preservation and Conservation Coalition and the Virginia Piedmont Heritage Area.

Proposal for the 2022/23 Edition are also shown

Islam in Loudoun County, by Jana Shafagoj, Director of Preservation & Education, Morven Park. The article represents a groundbreaking event in the Bulletin that it is the first article since the periodical’s founding to deal with the history of Islam in Loudoun. “In 1983, the All Dulles Area Muslim Society (ADAMS) established the first mosque in Loudoun County, Virginia. ADAMS, in addition to the newer Muslim Community Center of Leesburg and Loudoun Islamic Center, currently serves the county’s estimated 27,500 Muslims and, through partnerships with other faith and community organizations, help support the needs of the greater Loudoun community. Islam is the second-largest religion in the world with roughly 1.9 billion Muslims (followers of Islam) globally and an estimated 3 million Muslims residing within the United States. Although the ADAMS mosque is a “recent” presence in Loudoun County, Muslims have been part of the American story since the earliest explorers landed on the Atlantic shores. This article provides an overview of the history of Islam within the United States, placing the founding of ADAMS and the growth of Loudoun’s Muslim population within the larger context of our shared national history.” 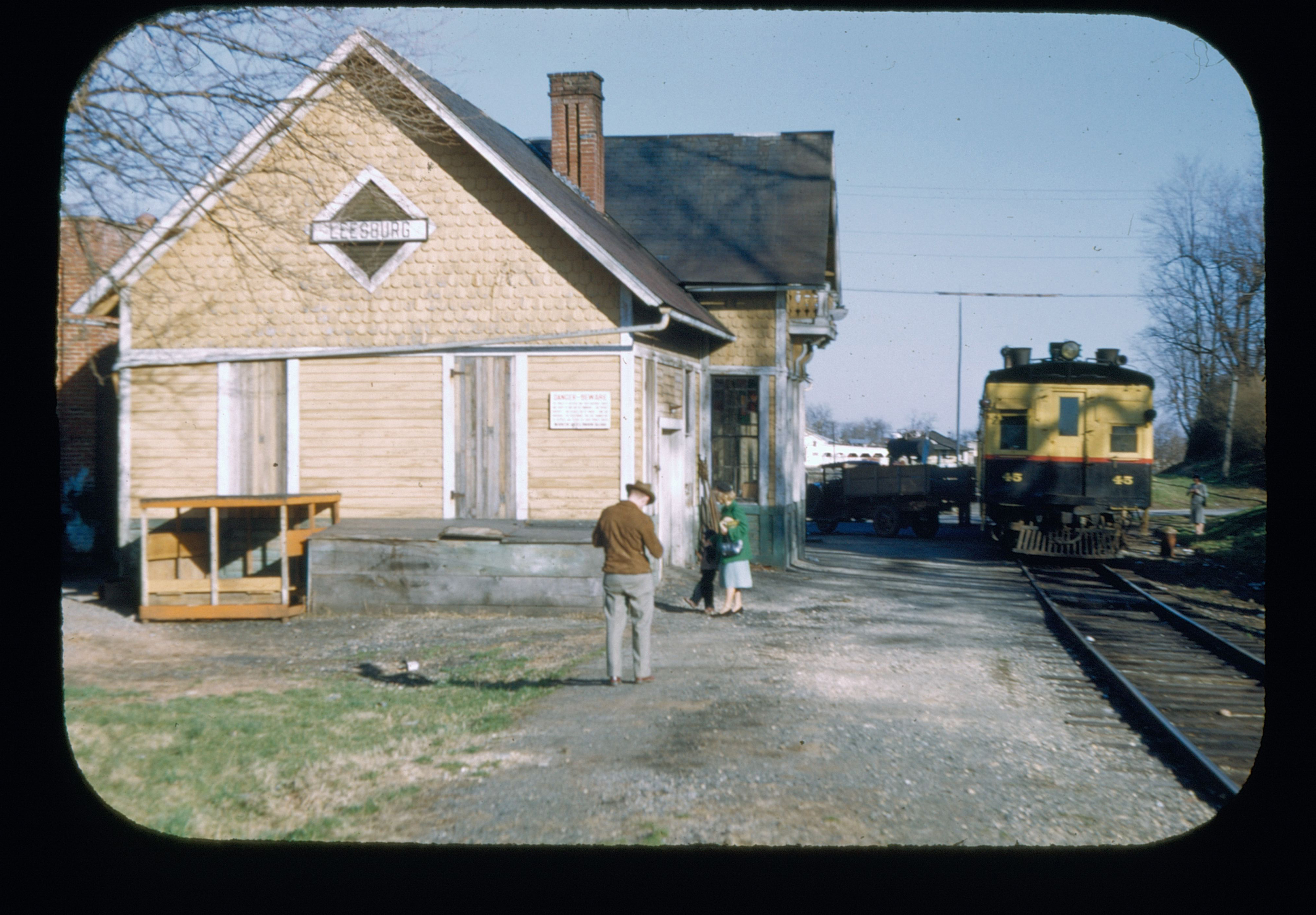 Vision of a Railroad for Loudoun, by Paul McCray. One of the greatest influences in the development of Northern Virginia, and especially Loudoun County, was the W&OD Railroad and its predecessors. The route chosen by the railroads builders passed by few developed areas but towns and communities soon followed and many continue to thrive today.  In Fairfax, the towns of Herndon and Vienna came to be solely because of where the railroad depots were placed and in Loudoun the tracks brought prosperity to Sterling, Ashburn, Purcellville, Round Hill and Bluemont. 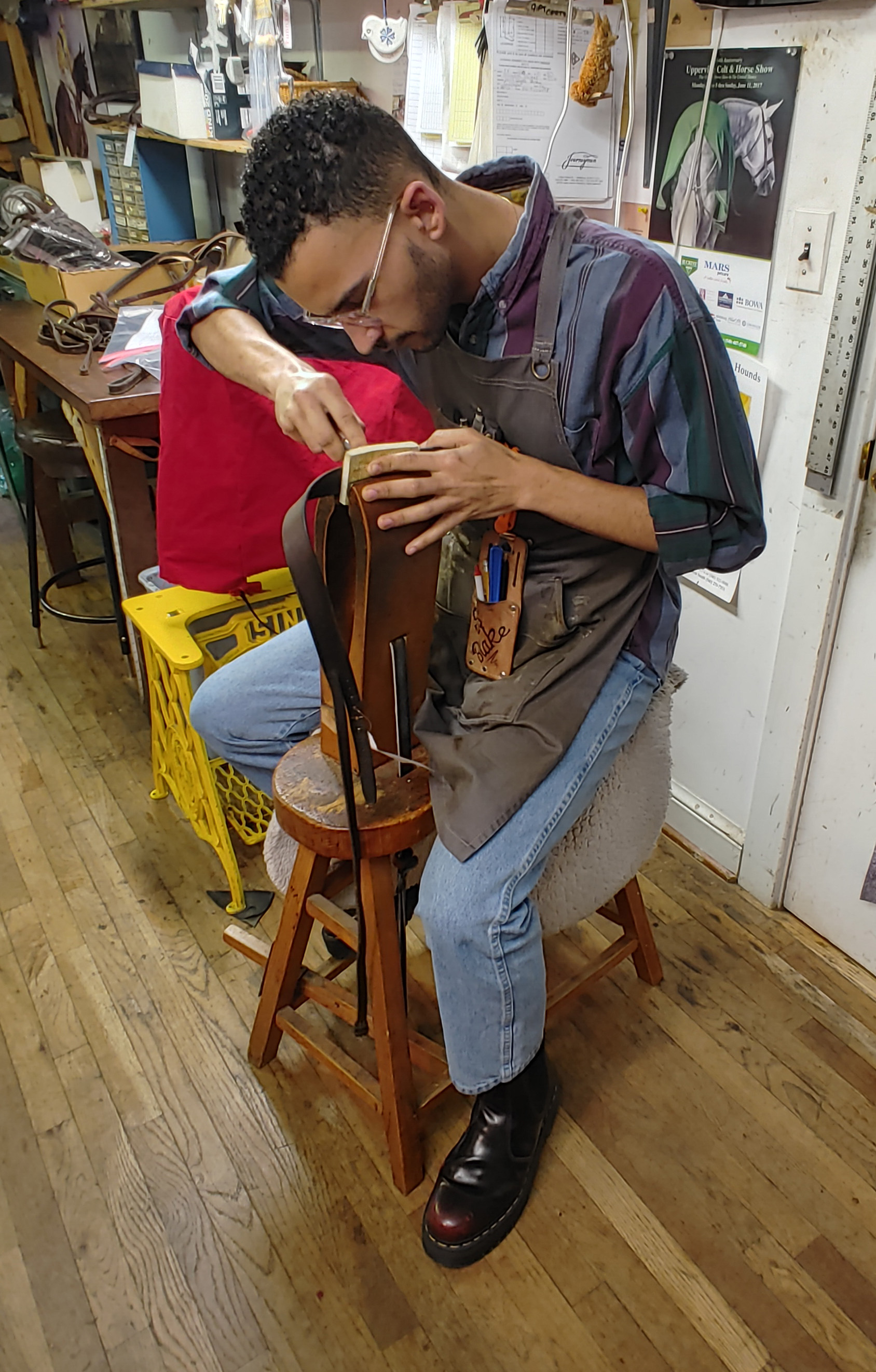 Saddlery in Loudoun, by Dorothy Lee, owner, Journeymen Saddlers Ltd. “Much of the information in this article deals with unique skills and tools used by the one remaining full-service saddler in Loudoun. However, it is really an homage to the network of independent artisans in the county’s horse industry, all of whom collaborate. The craftspeople in this article are part of a large network of specialty experts throughout Loudoun and the region who readily share their expertise and equipment with each other.  This makes sure that the entire horse community, whether for farm animals, pets or racing horses are taking care of.  That community of experts effort also makes sure Loudoun is a leader in saddlery in northern Virginia.”

The Importance of the Horse and Mule During the American Civil War, by Childs Frick Burden. The article is based on 2010 talk for the National Sporting Library on the importance of the horse and the mule in the American Civil War. “It was an especially appropriate subject as the Sporting Library has a vast collection of literature and sporting art that focuses on fox hunting, polo, and horse racing of all types. Perhaps, most of all, it was an especially appropriate subject because in front of the museum stands a wonderfully powerful sculpture called “The War Horse.”

Preservation for Home Archives, by Laura E. Christiansen, Curator of Manuscripts and Archives, Thomas Balch Library. “Concerned about saving the books, documents, letters, diaries, photographs, scrapbooks and albums that record your family’s past for future generations? In her article Preservation for Home Archives, Archivist Laura Christiansen will walk you through the basics of preserving your family or personal archives.  Exploring common problems you may encounter and how to recognize them, Christiansen explains steps you can take to avoid future damage to collections, and how to get help if and when you need it.  This article breaks the complex topic of preservation into three easy to understand steps – Identify, Preserve, and Store – that anyone can follow.” 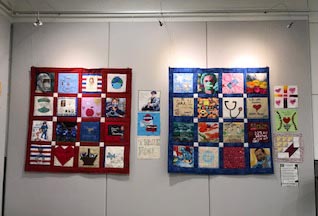 History of Quilting in Loudoun County 1830- 2020, by Priscilla Godfrey. “The story starts in 1733 when the Quakers travelled from Pennsylvania to settle in the hamlet of Waterford, Virginia. Since that time, Loudoun County quilts have been handed down through generations capturing for all time the names and places of the past. Many items from daily life get discarded but the quilts live on. Read about how quilt styles and patterns have changed. Discover how many nationally known quilt professionals make Loudoun County their home.”

Part Two of The Delegates of the 1883 Mass Meeting in Leesburg, by Donna Bohanon  Chair, the Black History Committee of the Friends of the Balch Library.(Part one is in the 2019/2020 edition). ” This is the second installment of a story about seventeen black men that convened a mass meeting in1883 to form a delegation to petition the courts for their civil rights.  The companion article, published in the 2019 edition of the Bulletin of Loudoun County History, [1] examined the political and social motivations that led them to petition Loudoun County Judge James P. McCabe to recognize the right to serve as jurors and election officials; citizenship rights guaranteed in the fourteenth and fifteenth amendments to the United States Constitution. Initially, their request was met by partial rejection.  As reported in the May 17th edition of the Mirror, “The judge granted all of the above Petition except the right of being Judges of Elections.  He, the Judge, said he did not know that we, the colored people, had any right to ask to be appointed judges of election, but we think we have that right too.”